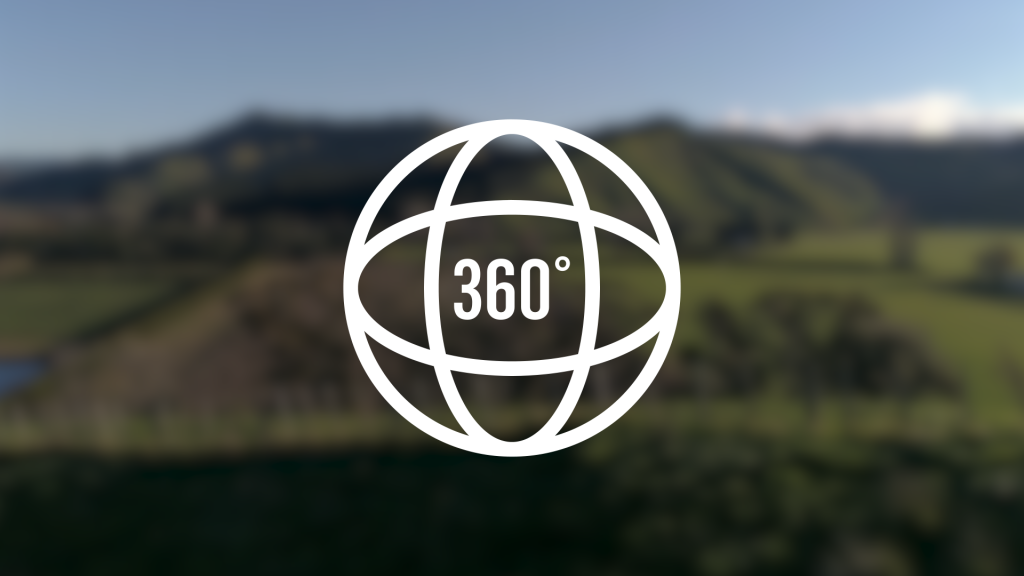 If you have been on social media any time in the last three years you have probably encountered some form of 360-degree video. In fact, there was a point where it would have been almost impossible to avoid the viral tidal wave of 360 content. The first time a 360 video popped into your feed you were probably delighted. Intrigued by the new tech, you would have stopped to have a play with the interactive features. You may have even been so impressed that you shared it with your friends. The second 360 video you saw, curiosity was probably still a factor, and while it may not quite have had the same impact as the first, you probably still stopped to mess around. However – after the hundredth-something 360 video you encountered, you were probably a little less inclined to stop. Today, it’s not unlikely to think you might scroll right past. So – what happened?

For those unfamiliar with 360-video – it’s essentially a video without a frame. A sort of primitive, faux-VR experience that stitches a 360-degree panoramic photo or video into a navigable, interactive sphere. Here, the viewer is able to ‘pivot’ on a fixed point at the sphere’s centre to choose which direction they’d like to look. This can be navigated on desktop by clicking and dragging, or through mobiles by spinning around in physical space. Depending on the platform, it can also be experienced through head-mounted displays like Google Cardboard and Samsung Gear VR. However, 360 video shouldn’t be confused with true Virtual Reality. Where true VR generally involves full immersion in an interactive 3D environment, 360 video is simply a two-dimensional image wrapped and stitched to encompass a fixed viewpoint.

While 360 content has seemed to generate quite a bit of buzz in recent years, at its core it’s far from revolutionary. In fact, Google Maps’ “Street View” has employed a similar 360 module for over a decade (a lifetime in the tech world). However, 360 content recently rocketed back into the spotlight in mid-2015 following the introduction of native 360 video support by most major online video platforms. Facebook, YouTube, Vimeo – the adoption of intuitive 360 video players breathed a whole new life into the interactive phenomenon. This, paired with increased panoramic capabilities in smartphones, opened the 360-medium up to the masses. Anyone could create and upload their own 360 content. And, for better or worse, they did.

With any new technology, there’s a honeymoon period – a gold-rush full of reckless enthusiasm, tasteless exploitation, shoddy execution, and over-saturation. Throwing caution to the wind, content producers pounced on 360 video like sharks on a sea-turtle – they were hungry enough to try, but hadn’t quite figured out how to crack it. News outlets ran 360 reports, movie studios ran 360 trailers, musicians made 360 music videos – it was the 360 revolution. It didn’t matter what the content was, so long as it was 360. The new format alone was enough to attract eyeballs – through curiosity if nothing else. It was fresh, it was exciting, and everyone wanted a piece.

But every honeymoon comes to an end. Over-saturation desensitised viewers to 360 content, and when the excitement of the new format wore off, viewers weren’t left with much more than a surface-level gimmick. Being 360 alone was no longer novel enough to attract viewers, and engagement seemed to drop off. Past the initial curiosity, viewers found that they weren’t getting that much out of 360 content that they couldn’t get from more traditional videos better.

Traditional fixed-frame video is a directed experience. This means that the content creator makes executive decisions about what to show and what to omit – influencing tone, pacing, and content. They are directing the viewer using a century’s worth of established filmmaking conventions to convey a message or create a mood. While the viewer will inevitably bring something of themselves to interpreting the content (as is the case in all media), a practiced videomaker can guide audience interpretation with a reasonable amount of certainty and authority. This means that traditional fixed-frame video is suited to more elaborate or constructed narratives where the aim is to communicate a specific message, theme, or otherwise curated experience. Viewers are able to sit back and passively consume content safe in the hands of an experienced storyteller.

Interactive content, like 360 video, is relatively un-directed by comparison. This is not to say that this content cannot be directed (spoiler alert: it can), but that it affords the creator less authorial control to guide the viewer’s interpretation. Instead, 360 video cedes some of the creator’s control to the audience, empowering the viewer to (at least in part) direct their own experience. This is the hallmark of interactive content – blurring the lines between viewer and user. Unfortunately for interactive content, this means the author cannot always rely on the viewer to produce an interpretation consistent with the creator’s intention – making it difficult to ensure you’ve communicated a clear and constructed message.

As a 360 content creator, your toolkit is currently a little less developed than traditional fixed-frame video. You cannot choose your frame, your shot size, or your cuts. More often than not, 360 content is restricted to a single, fixed panorama that unfolds in real time. So how do you use it to tell a story? Some 360 videos make use of voiceover or graphics to help construct the narrative – but there’s no guarantee your viewer is going to be looking in the appropriate direction to make sense of this added information. They may miss the graphics, or not be looking at whatever the voiceover is referring to. Because the viewer has agency in how they engage with the medium, the conventions of 360 video may be more akin to that of live-theatre and video games than to traditional filmmaking. Creators will need to think outside the frame and use a lighter touch to direct audience engagement through subtle cues and other passive directorial conventions.

Additionally, when it comes to viewer retention, interactive content faces another hurdle fixed-frame videos do not. Instead of being able to sit back and passively consume a directed experience, viewers have to make the conscious decision to engage with the interactive content in front of them. For some viewers who have no interest in directing their own experience, this will always just be too much effort, and they will scroll right past or immediately click away. For anyone that’s tried to engage with a 360 video on their mobile in public, sometimes the fear of looking like an idiot swinging your phone around is enough to keep you from viewing content you’d have otherwise been excited to engage with. Interactive content, by definition, asks its viewers to make an active contribution to an experience. For some this is simply too big an investment to make up-front. However, used correctly, 360 content can be a pretty powerful tool for generating engagement.

While the novelty of 360 content has faded with time, a good 360 video is still perfectly capable of outperforming a fixed-frame video in terms of viewer engagement. Missouri-based VR-Agency StoryUP conducted an informal experiment in which they uploaded and shared two instances of the same video to Facebook – one as 360 and one as fixed-frame. Despite using the same copy and matching the ad spend between each video, results overwhelmingly favoured the 360 version – which significantly outperformed the fixed-frame alternative in almost every metric including total views, viewer retention, cost per impression, and click through rate. (You can find the list of complete stats here). So while 360 videos may have several hurdles to contend with, there’s no denying their potential for generating engagement.

However, a 360 video’s ‘viral’ success hinges almost entirely on its application. StoryUP’s case-study uses a very specific type of content. Their featured video showcases a ballerina dancing in an open studio with superimposed text titles to help tell the story. In this instance, the 360 format undoubtedly adds value to the overall experience in that it creates dynamism and  further immerses the viewer in the dancer’s routine. In contrast – the fixed-frame version of this video is flat, static, and, frankly, pretty amateur. It fails to make use of any of the conventions available to fixed-frame content – there are no cuts, there is no motion, and ultimately, very little has been done to direct the viewer experience and create a memorable impression.

In this specific example, the base content compliments the use of 360, but fails dramatically when adapted to a fixed-frame format. The opposite may be true with a different base content. Imagine we were trying to tell a more complete story, maybe we want to communicate the ballerina’s backstory, showcase the details of her footwork, or create a dramatic mood through showing the determination in her eyes and the sweat on her brow. This may require a set of storytelling conventions that simply aren’t available within the 360 format.

StoryUP’s experiment does show that 360 video can successfully engage viewers, but more importantly it reinforces the idea that to get the best results, it’s critical to pick the right tool for the job.

So what sort of content does 360 suit? What problems can 360 video solve? When and how can you use it correctly? The answers to a lot of these questions are still being figured out as content creators experiment and refine new uses for 360 video as a medium for communication and storytelling. However, there are a few trends that have already started to emerge. If fixed-frame videos are better suited to more intricate, linear narratives, then 360 videos are nonlinear and experiential. The most effective 360 videos are those that offer an immersive audio-visual experience – a unique perspective that viewers can enjoy primarily for the spectacle or the ambient ‘vibe’.

We are beginning to see some great examples of 360 video used well. Videos like 3D Motion Magic’s “The Starry Night” and Star Wars’ “The Force Awakens: 360 Experience” are innovative, captivating uses of this new technology that offer an other-worldly experience that may not be possible in more traditional formats.

Immersive 360 content can also effectively inspire empathy by more wholly immersing the viewer in a situation or context. For example, The New York Times “The Daily 360” often includes 360 coverage of otherwise marginalised communities, like this example of a refugee camp in Bangladesh. In this example, the goal of the content is to put the viewer alongside refugees and provide something of an authentic experience of the environment. While additional information is provided via simple text titles, the true import of the piece is to inspire empathy in the viewer through more primitive senses to create a lasting impression.

This is the true power of 360 content – it works spatially and temporally to offer an experience closer to reality. While this comes with its own set of limitations, used correctly, it can create an authentic, memorable experience that transcends the screen and blurs lines between what is real and what is content.

Interactive 360-degree video content is not a replacement for traditional fixed-frame video. It’s something new entirely. However, form is only as good as its function, and just because something is new doesn’t mean that it’s the right tool for the job. While you may have been able to get away with doing 360 for 360’s sake in the past, viewers are quickly developing a palette for what is good 360 content and what is not. While there are plenty of legitimate uses for 360 video, it is important to know whether your project is one of them. Why are you using 360 video? Is there a thematic or practical purpose? Is value being added by the form? These are just a few things to consider before delving into a 360 project.

The hype may have died down, but as technology advances, and the internet becomes less ‘flat’, it’s safe to assume interactive 360 content is here to stay. And while traditional fixed-frame video will continue to offer hand-crafted narratives and directed communications, the experiential realm of 360-degree video content has opened up a whole new way to connect with audiences. How will you push it to its limits?