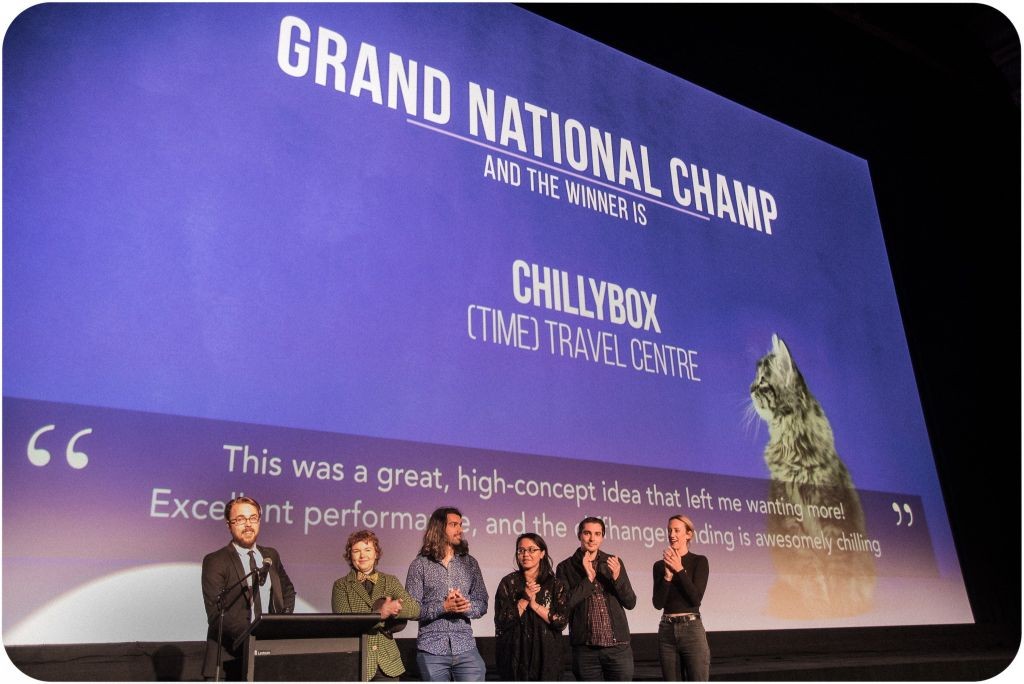 It was an absolute honour to have been named Grand National Champion at this year’s 48Hours Film Competition. The quality of films this year was staggering, and it’s humbling to have even been considered alongside such talented filmmakers.

For those unfamiliar with the 48Hours Film Competition – it is a national event in which participants are required to write, shoot, edit, and deliver a short film within a 48 hour timeframe.

Over the years, 48Hours’ notoriety has grown substantially – with past winners including Director Taika Waititi (Boy, What We Do In The Shadows, Hunt For The Wilderpeople, etc), Director Gerard Johnstone (Housebound), and television production company The Downlow Concept (Seven Days). This year’s competition saw a whopping 550 teams from around the country vying for the top prize – and was judged by a panel of industry experts from around the world, a list of which is included at the end of this post.

Ultimately, only 18 teams made it through to the Grand Nationals – and we were lucky enough to be one of them thanks to legendary Director Peter Jackson, who selected us as one of his ‘wildcard’ picks. The PJ Wildcard is a long-standing 48 Hours tradition, in which Peter Jackson handpicks several films to be finalist that that may have otherwise been overlooked by the judges. As of 2016, in the 14 years the competition has been held, we are the only PJ Wildcard that has gone on to pick up the top prize. Needless to say, we were a bit shocked.

If you’re interested, you can watch our winning film below. Additionally, if you’d like to learn more about the finals this year, you can read about the winning films on Stuff, Newshub, The Spinoff, and The NZ Herald. You can also check out some of the runners-up online in the 48Hours Screening Room. The quality of films this year were breath-taking, and they’re well worth taking the time to check out.

(TIME) TRAVEL CENTRE
A thoughtful customer service rep at Auckland’s premier Time Travel Centre does her best to help an impossible customer out of an implausible situation.

As part of the competition, each team is provided with several prompts which they must incorporate into their finished film. Our prompts were as follows:

Several hours into a late-night brainstorming session, we eventually settled on the idea that would become “(Time) Travel Centre” – a short about one woman’s dedicated attempt to help a time tourist whose holiday through history quickly devolves from bad to worse. While 48Hours is often an experience fraught with drama, stress, and unforeseen catastrophes – we’re happy to report the weekend ran relatively smoothly. This is almost entirely due to the level-headed professionalism and talent of our cast and crew.

While we may have entered as team “Chillybox”, we were fortunate enough to work with a range of extremely talented individuals and artists, without whom this film would not have been possible. Our Writer/Director Thomas Sainsbury, our lead actors Kate Simmonds and Chris Parker (with guest appearances by Brynley Stent, Hamish Russell, and Madeleine Sami), our Art Director Hayley Robertson, and our AD Puteri Raja Ariff – we could not have done it with out them. It has been a real treat getting to work with such talented folks – and we hope we all get to work together again very soon.

While 48Hours may seem like an unnecessarily stressful way to spend a weekend – we have always found it an exciting opportunity to experiment, push past our creative comfort zone, and learn something new. We are deeply honoured to have picked up the top prize this year, and are looking forward to seeing what 48Hours has in store in the years to come.