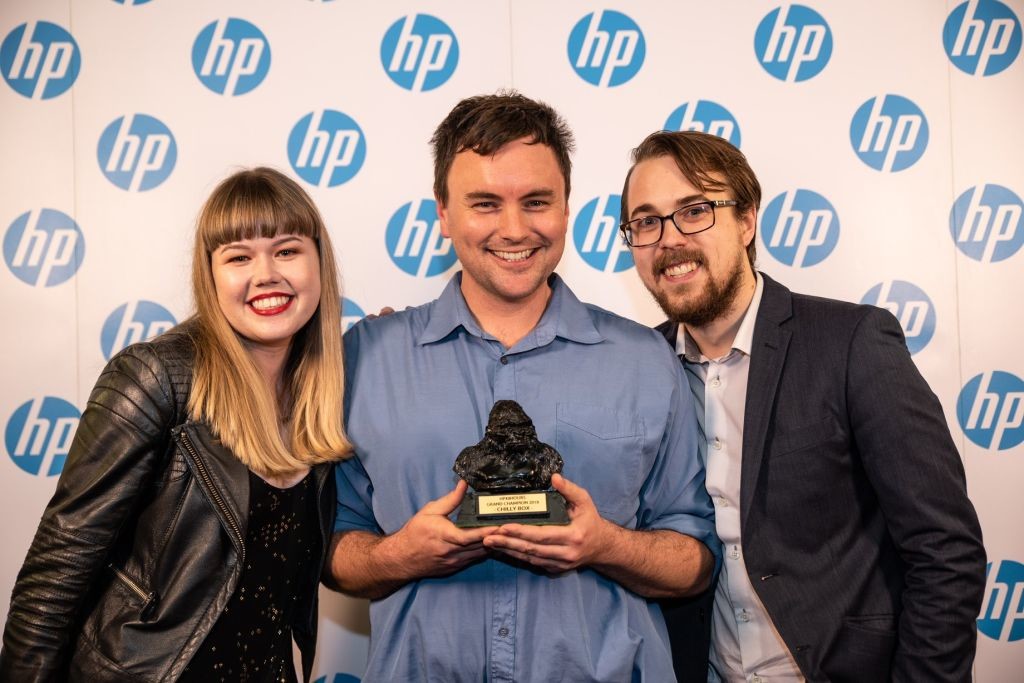 Who says lightning can’t strike twice? For the second time in three years, we’ve taken out the top prize at the annual 48Hours Film Competition. Huzzah!

For those unfamiliar with the 48Hours Film Competition, it’s exactly what it sounds like. Teams are given a 48 hour window to conceive, write, shoot, and deliver a finished short film.  It is a national competition – with past winners including Director Taika Waititi (Boy, What We Do In The Shadows, Hunt For The Wilderpeople, Thor: Ragnorok, etc), Director Gerard Johnstone (Housebound), and production company The Downlow Concept (Seven Days). This year’s competition saw over 550 teams from around the country vying for the top prize, and was judged by a panel of industry experts from around the world.

2018 marks the fourth year we’ve competed as team Chillybox, and the second year we’ve been named Grand National Champs. This makes us one of only three teams in the competition’s 15-year run to take home the top prize more than once. National finals are hosted in Auckland’s illustrious Civic Theatre, where teams are treated to a night of red-carpet glam and award-show razzmatazz. The quality of films this year was breathtaking, and we were humbled to exhibit alongside such a talented group of creators.

You can watch our winning film, PepTok, at the link below. If you’d like to check out the other finalists, you can watch their films online in the 48Hours Screening Room. Alternatively, if you’re interested in learning a bit more about our process as a team, you can  listen to our Creative Director’s interview with Radio New Zealand.

PepTok
An isolated women turns to technology to find the motivation she needs to overcome life’s little obstacles.

As part of the competition, each team is provided a list of required elements which they must incorporate into their finished film. Our elements were as follows:

Having worked with similar genres the past two years (Time Travel in 2016, and Thriller in 2017), Technological Thriller felt right inside our wheelhouse. With popular dystopian thrillers like Black Mirror serving as inspiration, we set to work developing a suitably eerie sci-fi concept.

Generally speaking, our 48Hours weekend is divided into three components: writing, shooting, and editing. Friday night begins with a free-for-all brainstorming session where the entire team is welcome to contribute to the initial idea generation process. After a couple hours, a central idea starts to take shape, at which point it is handed off to a designated writer who is responsible for mopping up our brainstorm and wringing it into a script. With the script complete, everyone gets as much sleep as they can in preparation for an inevitably early start. Saturday morning is reserved for shoot prep – rehearsals, locations scouts, art department, and other pre-production processes. Actual shooting usually doesn’t start until just before midday – but once it does, it’s full-on non-stop action until we are finished. Once wrapped, footage is passed on to our editor who stays up most of Saturday night getting a first cut together. This leaves Sunday for adding the finishing touches – colour, sound, music, etc. With any luck, at the end of it all, after 48 hours of frenzied filmmaking, we’ve got a film to be proud of. 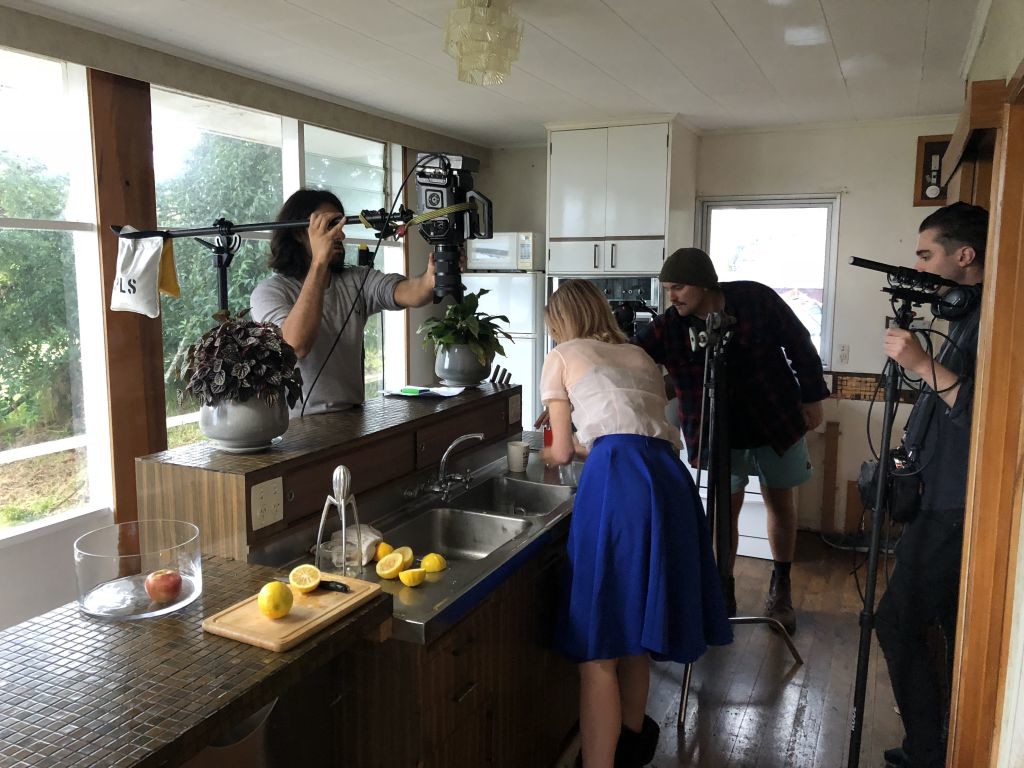 It goes without saying that 48Hours is a massive team effort. While we entered as team ‘Chillybox’, we could not have done any of it without the help of our incredible collaborators: our writer and director Tom Sainsbury (who picked up Best Director awards at both the Auckland and National Finals); our lead actor Kate Simmonds’ (whose pitch-perfect performance won her Best Performer at both the Auckland and National Finals); our supporting cast, Chris Parker and Zak Enayat; our make-up artist Lara Hawker; our production manager Puteri Raja Ariff; and our sound designer Vedat Kiyici (from Envy Studios). We are extremely lucky to get to work with such a talented group of hard-working artists, and we owe them all a huge debt of gratitude.

We have always seen 48Hours as an opportunity to experiment and push past our creative boundaries. For anyone with a couple of mates, a camera, and a weekend to spare – we cannot recommend it enough. Get stuck in, stretch your creative muscles, and make a film!