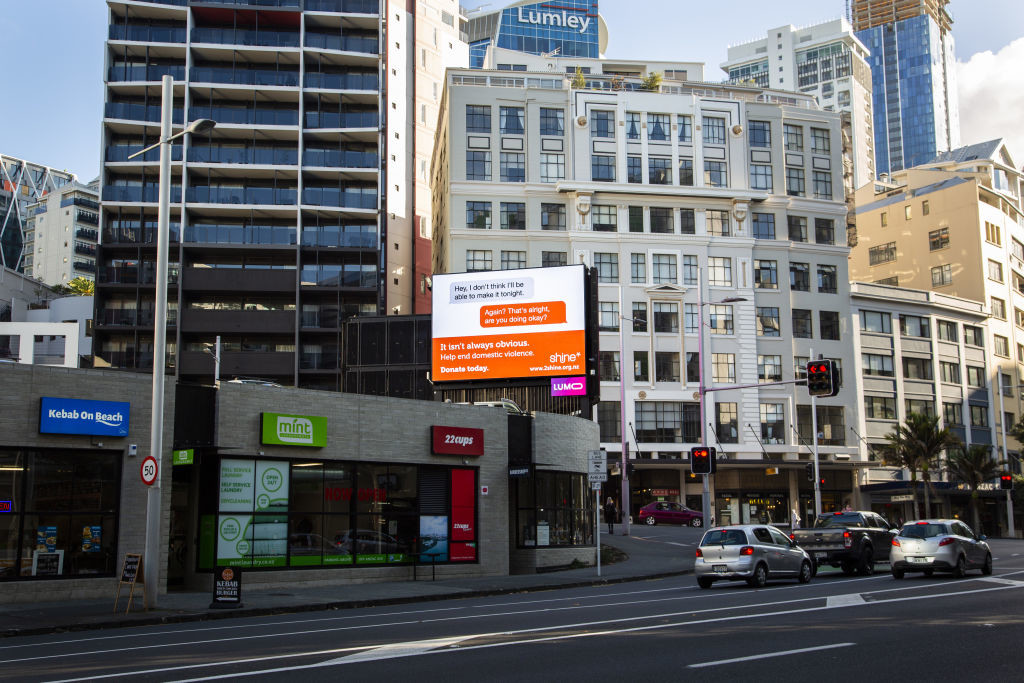 “It isn’t always obvious”. Domestic violence is one of the most common forms of abuse and it can come in all shapes and sizes, not all of which are immediately recognizable or apparent. During the first half of 2020, the numbers of reported cases and incidents of domestic violence in New Zealand rose significantly, partially due to the implications of the Covid-19 pandemic. As such, when Shine and Wright Communications reached out to us to create a fundraising and awareness campaign we felt a duty to create something that viewers would really connect with.

What became obvious from the outset was that this concept needed to be something that would stand out amongst a sea of similar content. When people think “domestic violence advert” it’s fair to say that most people’s minds go to images of scared women, hiding their bruises and cowering from the shadowy, monstrous figure of the abuser. Somewhat justifiably, there was a concern that imagery like this can be counterproductive, unintentionally compelling the viewer to look away and reject the negativity and the notion that this could be happening closer to home. Instead, we hoped to create discourse and a conversation surrounding the subject that would encourage viewers to engage in a meaningful way and recognize that this can happen to anyone, anywhere.

And so the concept “it’isn’t always obvious” was born. A series of text message conversations that can be representative of real-life, indicative signs of domestic violence that puts the onus on the acquaintance of the survivor to be vigilant and recognise these red flags in conversations they have in their own life. Both Chillbox and Shine were mindful that this was a chance to not only engage but educate viewers. Sadly the signs of domestic violence are not always as simple as a black eye and a poor explanation as the form of the abuse itself is often far more sinister, it can be emotional, financial, isolationist and, crucially, leave no physical mark. We decided that representation was key here and so worked closely with Shine to ensure that the messages themselves were close to what could be expected of a real-life case, the idea being that donations may rise and more incidents could be recognized and reported.

To maximize the potential for reach we broke the videos down into three categories to represent scenarios that may be experienced by friends, family and colleagues of someone who may be experiencing abuse – for example, messages from the girl who’s boyfriend who won’t let her go out clubbing, the daughter who’s husband uses her phone without her permission and the workmate who routinely stops showing up for their shift. In total, we produced five videos in the vein of this narrative all of which are, heartbreakingly, incidents that actual survivors can experience regularly and can be indicative of deeper abuse.

The videos were presented as text message conversations in an animation reflective of a standard smart-phone messaging interface. This had the added benefit of not only visually addressing the messages directly to the audience via their social media platforms but also once again was accurately, visually representative of messages you receive every single day – a familiar format to digest. To incorporate Shine branding we utilized their recognizable hero colour, orange, into the messaging interface to ensure that viewers would immediately associate them with the campaign.

In addition to the videos, Lumo kindly donated a week’s worth of digital billboard space throughout prominent Auckland locations. We designed graphics for these that encapsulated the theme and messaging of the videos which enabled Shine to roll out a broader marketing campaign around the concept. More media often means more reach which couldn’t be more crucial when it comes to a topic such as domestic violence – Shine estimates that 1 in 3 women will experience some form of abuse from a partner over their lifetime and it is believed that 72% of incidents go unreported.

It’s not often that a project comes along that enables you to contribute in a truly meaningful way. We were humbled and honoured to be able to add our voice, and our skills to aid a fantastic charity with such an important cause. 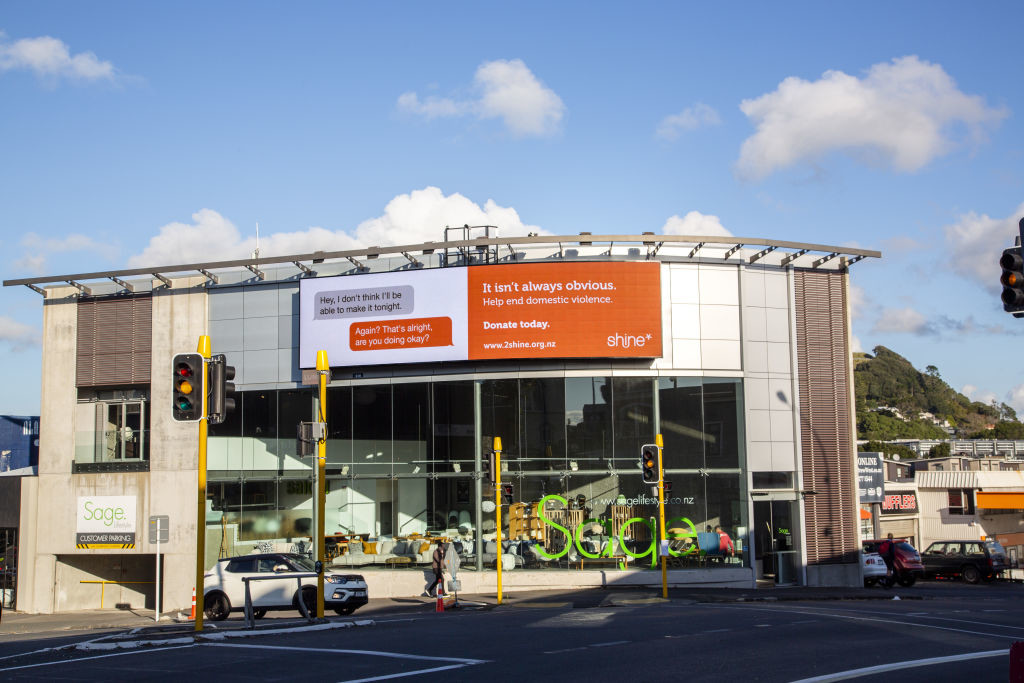 If you’d like to learn more about this campaign, you can find more information via the following links: